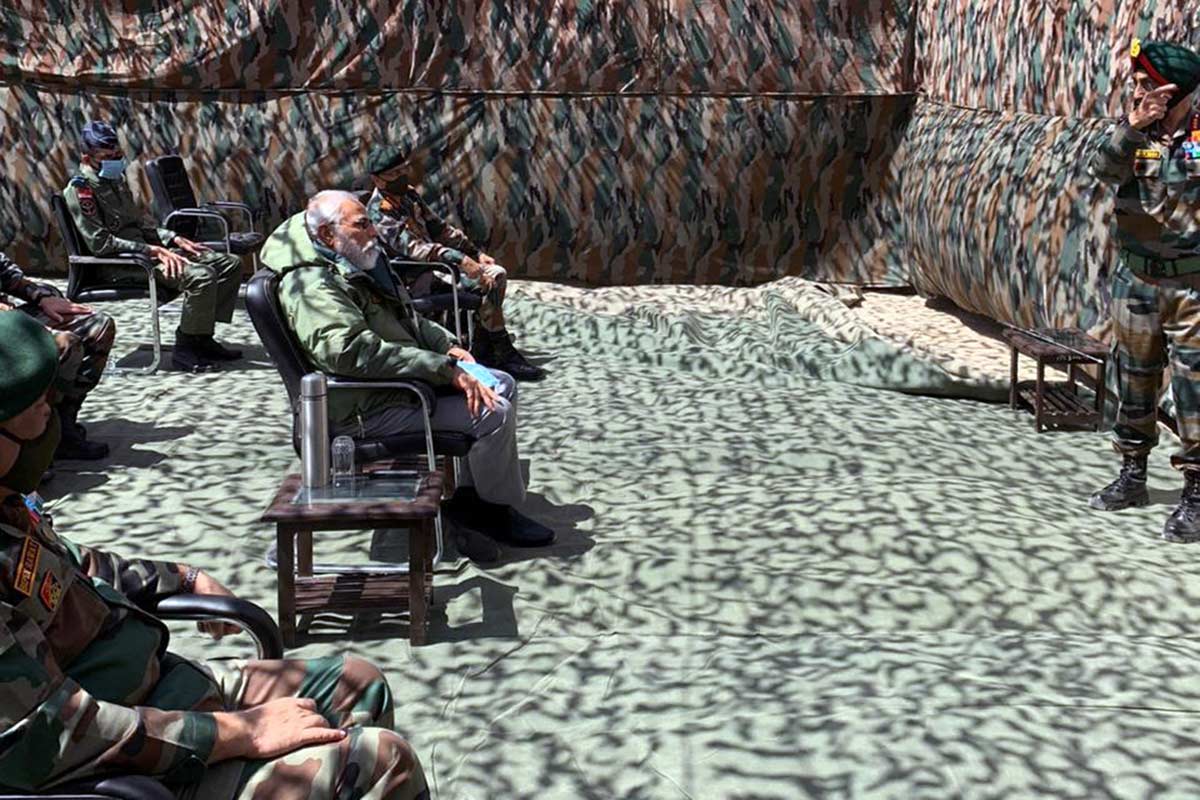 “PM Narendra Modi is presently at one of the forward locations in Nimu. He reached there early in the morning,” said an official spokesperson in the Prime Minister Narendra Modi’s office.

According to official sources, Prime Minister Narendra Modi has been interacting with the soldiers of Indian Army, Indian Air Force and India’s border guarding force Indo-Tibet Border Police (ITBP) that has been deployed at China border and the Line of Actual Control (LAC).

This surprise unscheduled visit is expected to send a strong signal to  Chinese leadership about India’s intent to defend its territory despite Chinese aggression and military buildup in the area in last two months.

After taking charge in May 2014, Prime Minister Narendra Modi started the tradition of celebrating India’s festival of light with Indian soldiers deployed at border.

Prime Minister’s visit is seen as a strong morale booster for Indian military as it shows the support and solidarity of Indian people and the country’s political leadership as Indian forces prepare to face the Chinese aggression. “Located at 11,000 feet, Nimu is among the tough terrains, surrounded by the Zanskar range and on the banks of the Indus,” said the officials.

This visit comes in the wake of a tense stand-off between Indian Army and Chinese PLA in Ladakh region which resulted in death of 20 Indian soldiers on June 15 in a violent face in the Galwan valley area.

While India has disclosed the number of casualties China did not confirm the exact number of PLA soldiers and officers killed in a fierce hand-to-hand fight with Indian Army.