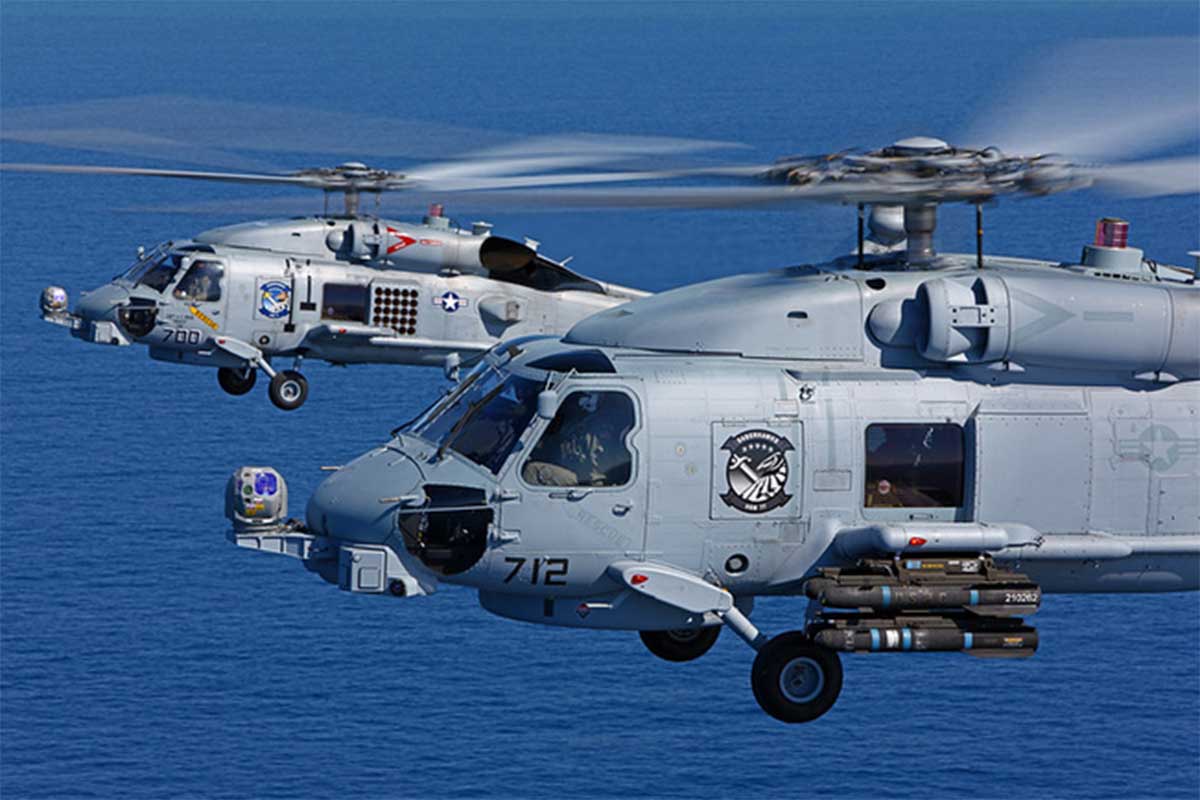 by News Team
US Department of Defense has awarded a $905 million contract to US defence giant Lockheed Martin Sikorsky to supply 24 MH-60 Romeo Seahawk helicopters to Indian Navy under a foreign military sale (FMS) route.

“This modification provides for the production and delivery of three MH-60R Seahawk maritime aircraft for the Navy and 21 MH-60Rs for the government of India,” said the department of defense.

The deal includes manufacturing 21 new helicopters and another three Seahawk helicopters, which were produced for the US Navy but were not inducted in the force. These 3 helicopters will also be provided to India to accelerate the training process of the Indian Navy, said reports.

The deal for Seahawk helicopters for Indian Navy was signed during US President Donald Trump’s maiden India visit in February this year.

The DoD notification said the work was expected to be complete by September 2024.

According to the contract value, per unit cost of a MH-60 Romeo Seahawk helicopter works out to be $37.7 million, taking the total value of the deal to nearly $905 million.

Pentagon said the Naval Air Systems Command, Patuxent River, Maryland, would be responsible for the contract.

According to reports, the Thursday’s award will only cover the cost of helicopters and the weapon package for the anti-ship and anti-submarine warfare will be negotiated separately.

The deal for 24 MH-60 Romeo Seahawk helicopters and associated weapon systems has been pegged at around $2.6 billion.