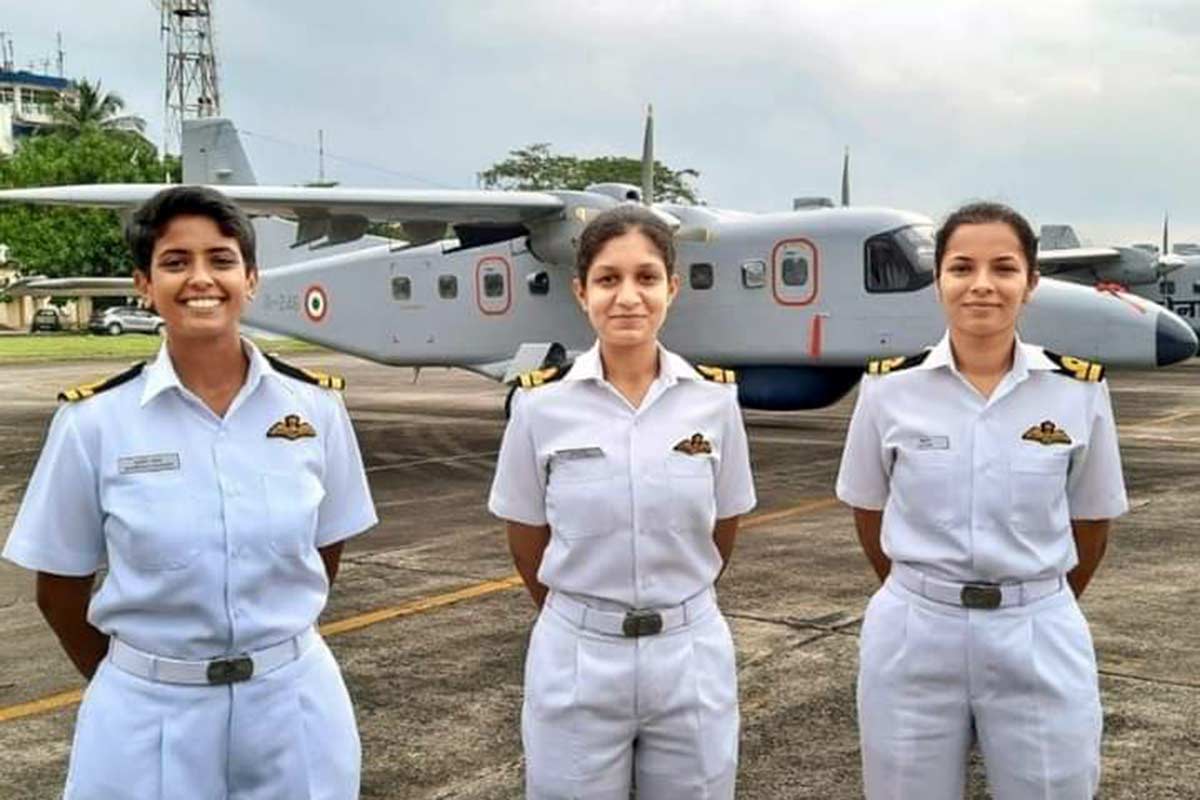 by News Team
These women pilots received their training both with Indian Air Force and the Indian Navy before their admission in DOFT Course.

Indian Navy: Scripting a new history, the first batch of three women pilots of Indian Navy is ready to start all kinds of maritime reconnaissance mission on Dornier aircraft. After successful completion of a their training, Lieutenant Divya Sharma, Lt Shubhangi Swaroop and Lt Shivangi have now been operationalised  to take on all kind of MR missions, said an official.

“They have been operationalised on Dornier aircraft by the Southern Naval Command (SNC),” a defence spokesperson said on Thursday.

The Navy said these three women pilots were part of the six pilots of the 27th Dornier Operational Flying Training (DOFT) Course, who graduated as fully operational maritime reconnaissance (MR) pilots at a passing out ceremony held at INS Garuda on Thursday.

Rear Admiral Antony George, Chief Staff Officer (Training) of SNC was the chief guest of the event and presented awards to the pilots who are now fully qualified to fly Dornier aircraft for all operational missions. Among the three women pilots operationalised for maritime reconnaissance mission, Lt Shivangi was the first to qualify as a naval pilot on in December 2019. Lieutenant Divya Sharma and Lieutenant Shubhangi Swaroop also joined her after a fortnight.

Later, they were made one batch and became part of the six pilots of the 27th DOFT course, which is the second and most important phase of training for becoming mission ready pilots.