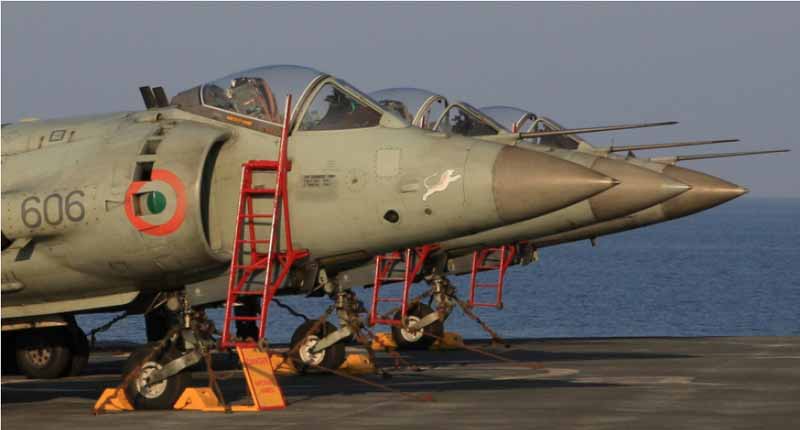 by News Team
The Harriers will be replaced by a squadron of Russian Mig 29k jets. The ceremony will be held at INS Hansa base in Vasco at Goa.

Indian Navy’s iconic Sea Harrier’s will be decommissioned from the Indian Navy today.

It will mark the end of an era in India’s naval history, as the country holds a formal ceremony of phasing out the last of its iconic Sea Harrier aircraft.

Indian Navy said, its usage in the Falklands War was its most high-profile and important success, where it was the only fixed-wing fighter available to protect the British Task Force fighting the Argentina military.

Indian Navy will use Russian Mig 29K for its naval aviation wing.

The Harriers will be replaced by a squadron of Russian Mig 29k jets. The ceremony will be held at INS Hansa base in Vasco at Goa.

Admiral R K Dhowan, Chief of the Naval Staff, will be the Chief Guest for the ceremony.

Sea Harrier aircraft, developed by the British in the 1960s, are best known for the ability to take off and land vertically, and for being the only class of jet that can hover like a helicopter.

The Sea Harrier was used by the British during the Falklands War, both Gulf Wars, and during the NATO intervention in Bosnia and Herzegovina.